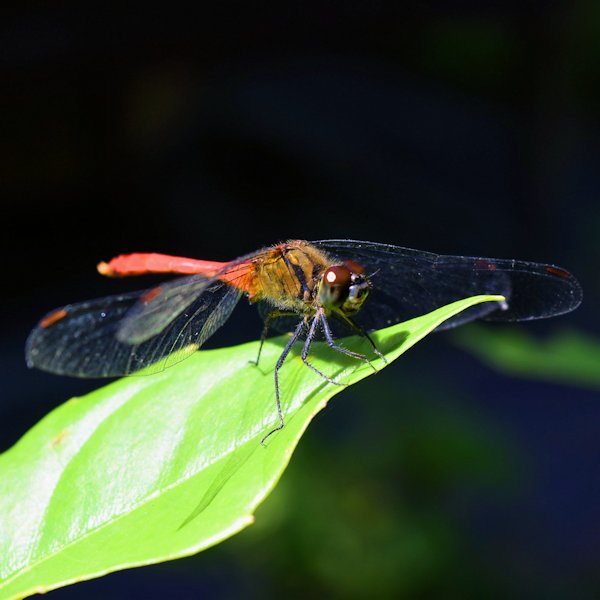 A Meadowhawk Takes a Rest

There are several meadowhawk species that fly around and stop in Murin-an’s garden. Recently, we saw several Sympetrum darwinianum (a meadowhawk species) males that have taken a liking to the area around the tea house. When other males flew by here, these ones chased them away to protect their territory. A little further down the garden path, those other males had secured a favorite area of their own. 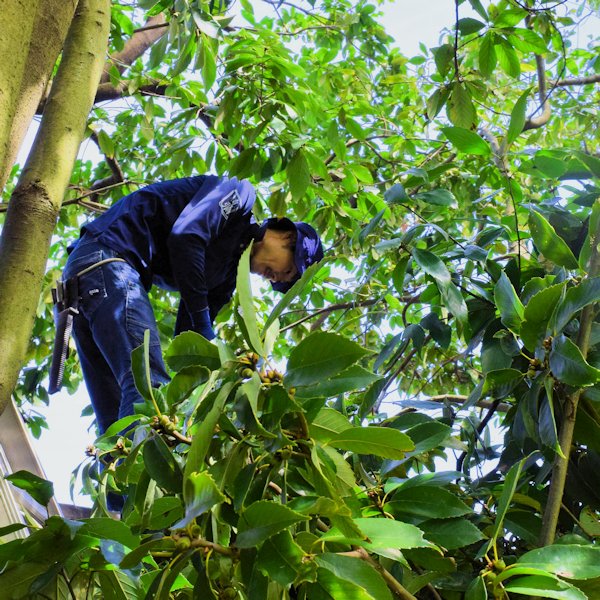 As we reported on September 24 (Tues.), there are lots of trees on Murin-an’s outer edge to prune, and so once again our gardener pruned the ring-cupped oaks. “Today, we’re going to be pruning around the three-stage waterfall,” he told us. When we came back to the same spot a little while later, the northern side of the water-crossing stones had been transformed into a bright space.

Ring-cupped oaks have thick foliage that can block light from reaching the forest when overgrown. Because we prune to let not only light but also wind to pass through, the branches and leaves can now be clearly seen. Our gardener checked the balance with neighboring trees from the spaces in the oak tree and ended his work for the day. 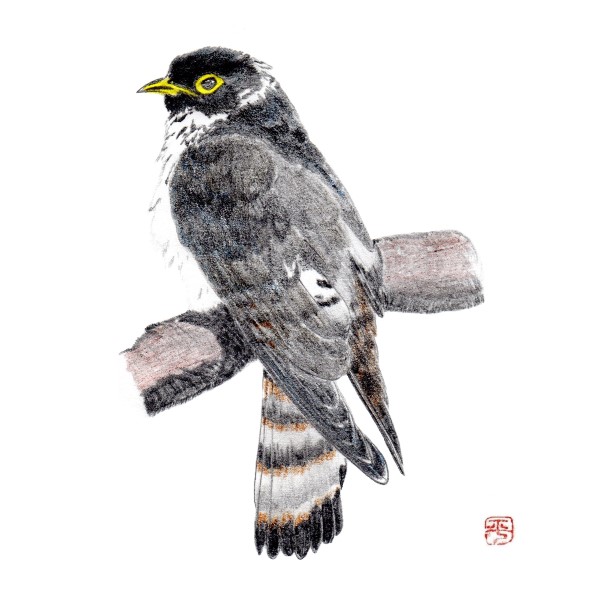 On September 25 (Wed.), we held a mini-lecture in the 8-tatami mat space of the main house’s first floor on the Malaysian Hawk-cuckoo. Because this wild bird is a relative of the cuckoo, it fledges its chicks from the nest through brood parasitism (laying eggs in other wild birds’ nests and having them rear one’s chicks). We discussed how adult birds of this species mimic raptors, instinctively exclude eggs and chicks from theirs nests from the time they hatch, and how they skillfully manage to get fed by the parents who raise them even after they grow a little larger. Our participants at this mini-lecture were very interested to hear how these acts of chick deception continue even after these birds leave the nest.
https://murin-an.jp/wildbird/ 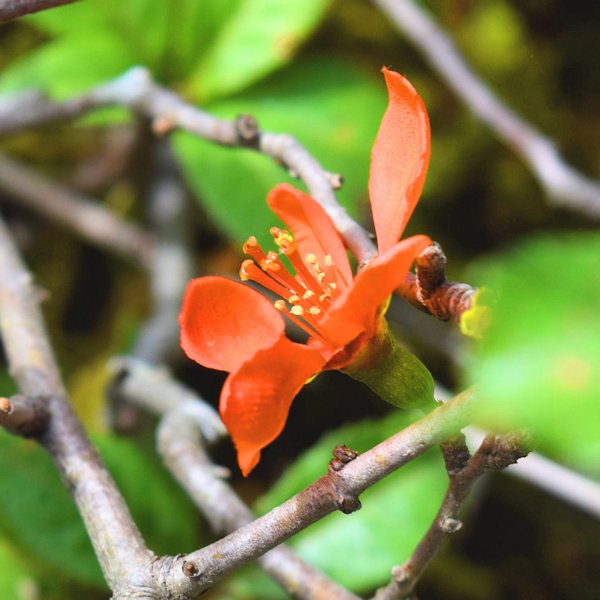 The Flowering of the Quinces

The quinces growing in bushy clumps on Murin-an’s lawn now have large fruits growing on them. Yet these fruits were born from the flowers that bloomed in early summer. While there aren’t as many as in early summer, this plant also blooms flowers in autumn. While taking a random glance at them, we noticed that one of them is blooming now. This flower is blooming close to the ground, so take a little closer look at your feet as you walking around the lawn’s garden path. The vermilion colored petals mark the scene. 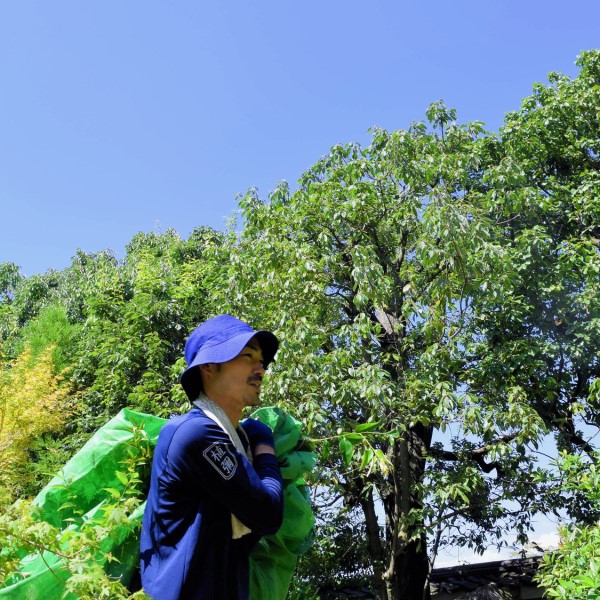 “Feels like the temperature’s going to go way up this afternoon,” said our gardener one day in September, as he pruned a ring-cupped oak whose overgrown foliage was starting to stand out. More pruning was necessary than expected, resulting in a tremendous number of branches being cut. Our gardener carried away these branches as he looked carefully at the balance between the tree and its surroundings. 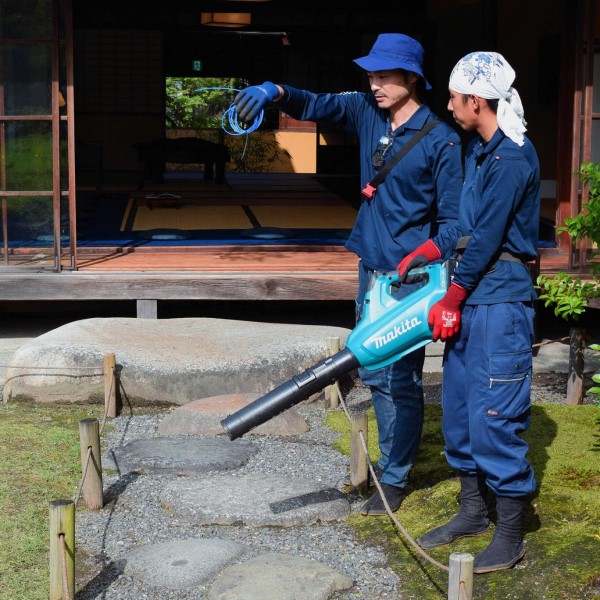 Blades of grass that were lush green in the summertime are now slowly starting to turn brown. We mowed Murin-an’s lawn so its blades were an even height and then used a blower and whisk broom to thoroughly remove any grass blades from the stepping stones and garden path. For hours after we opened, the fresh scent of the lawn on the wind could be smelt even from inside the main house. 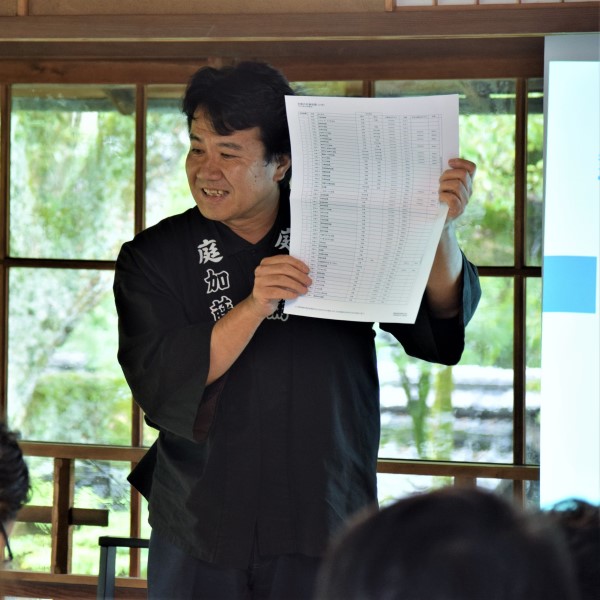 Seminar Series “The History of Japanese Gardens,” No.3

On the afternoon of September 21 (Sat.), Ueyakato Landscape’s president Tomoki Kato gave a seminar lecture on the history of Japanese gardens. He reviewed points from his last lecture and used a screen presentation to explain the evolution of the garden through being a symbol of power to imperial court gardens and gardens featuring shoin-zukuri architecture.

Our next lecture, “The History of Japanese Gardens,” No.4, will cover the age of Kobori Enshu, and will focus on Konchi-in and the garden in front of the abbot’s quarters at Nanzen-ji Temple.

https://murin-an.jp/events/event-20191109/
*Participation for this seminar is currently full. We ask those wishing to attend to understand that there is a waiting list for this event. 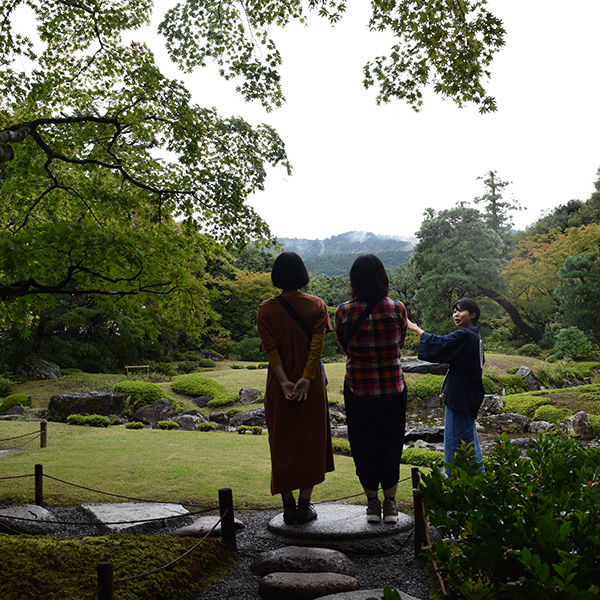 On the morning of September 21 (Sat.), we held a weekend guided tour of Murin-an’s garden. Immediately after the tour got started, it began to drizzle, bringing out ripple patterns on the water’s surface. When the rain stopped, our guests’ then turned their eyes toward the moss and enjoyed a relaxing time. 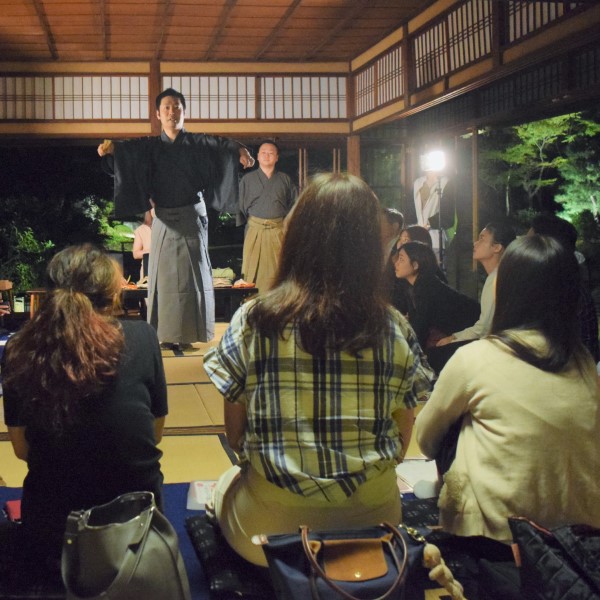 An Intensive Seminar by the Udaka Family: The Noh

On September 19 (Thurs.), we lit up the garden for a seminar on Noh theater. To allow our participants to experience Noh more intimately, Noh performers Tatsushige and Norishige Udaka and Noh mask carver Udaka Keiko talked about how to appreciate Noh song and dance and how to look at Noh masks and dress. 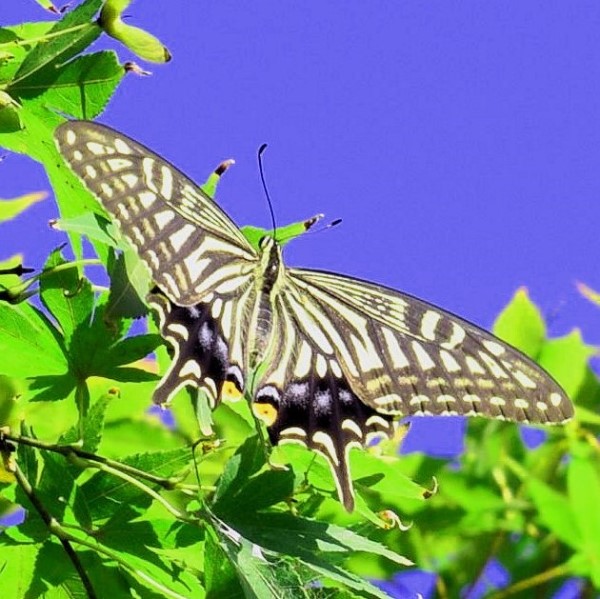 A Citrus Swallowtail Takes a Rest

On top of the leaves of the large maple tree on the north side of Murin-an’s 8-tatami mat space, we found a citrus swallowtail basking in the morning sun. It lay still there until the sun rays had warmed its body up, and then flapped around the maple tree. Later, it flew outside Murin-an in search of nectar from floral nectar. It was a special guest that came to Murin-an to spend the night.