Caring for Murin-an’s Moss in Summer: The Stilly Quiet Moss and its Soothing Nature

July 13, 2019 (Sat.)
With summer reaching its peak, today is another lively day in Murin-an. It is right about this time that the garden’s moss exudes it beauty. 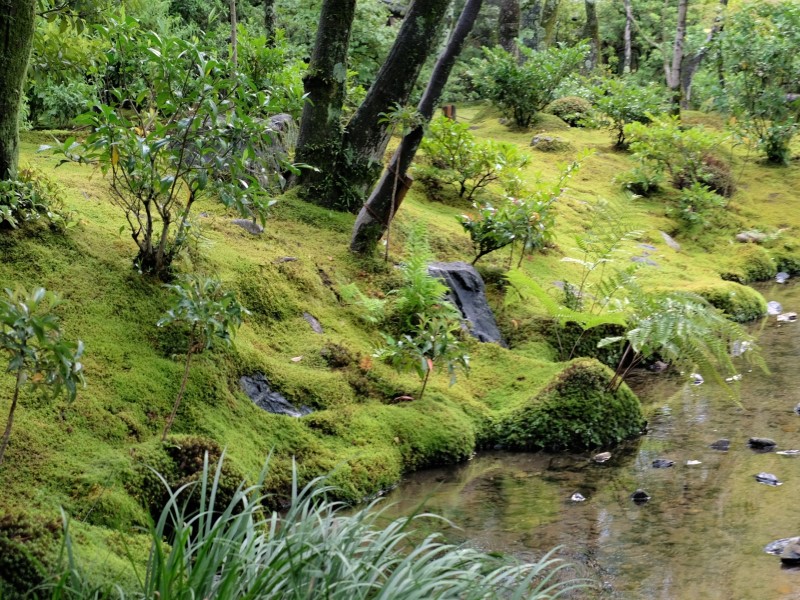 Moss is planted to suit the conditions in each area. Different varieties of moss may respectively prefer ground, rock tops, tree roots, or areas close to water.
Tongue-leaf copper moss (honmonjigoke) grows in areas that are rich in copper. In semi-shady places, there is bank haircap moss (osugigoke) and carpet moss (haigoke). In shadowy areas, there are leucobryum species (shiragagoke), and rocky areas by the water are divided up by plagiomnium acutum (kotsubogoke) and philonotis (sawagoke). Leucobryum species particularly favor the roots of cedar and cypress trees. 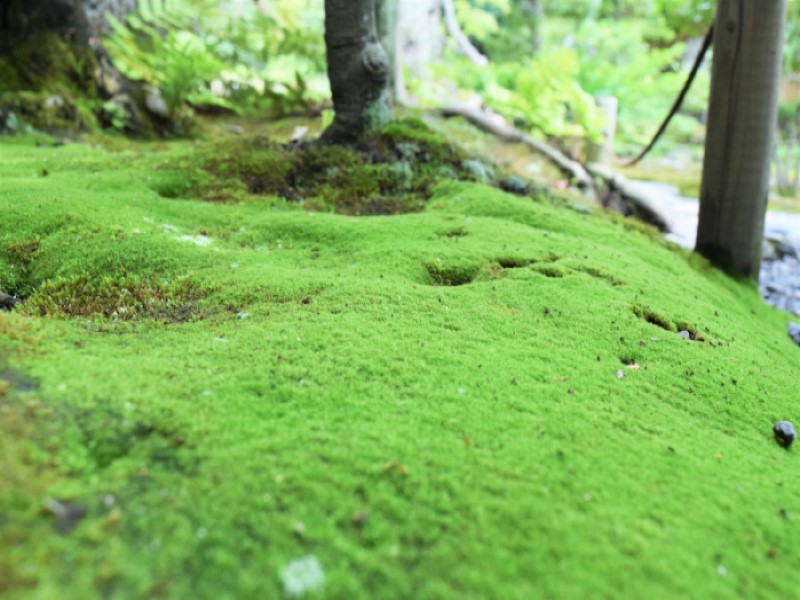 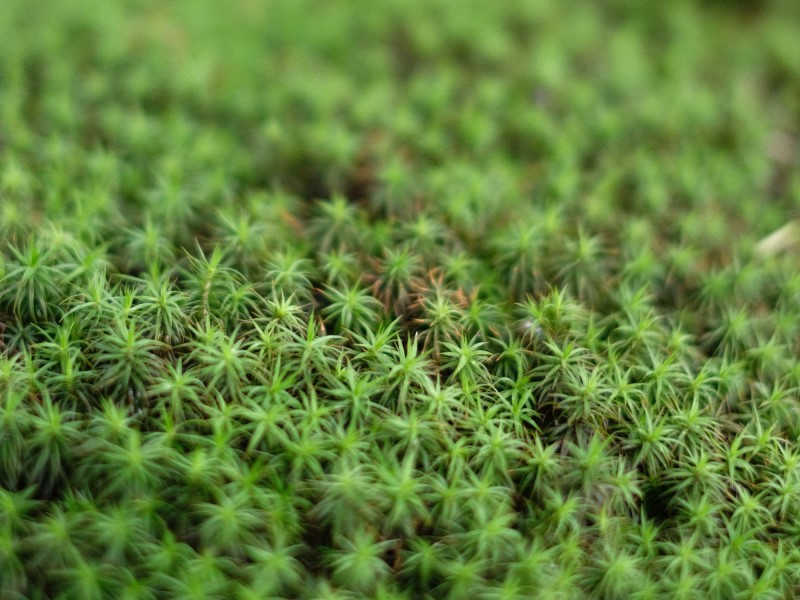 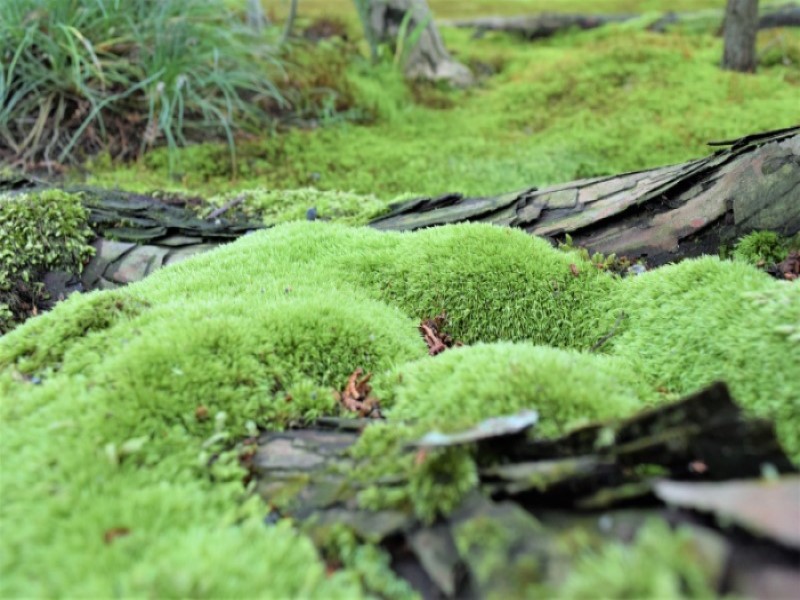 Scenery photographed as the garden’s background blooms verdantly, allowing us to enjoy a landscape that is naturally artistic. Zooming in when shooting photographs reveals yet another of the moss’s expressions. 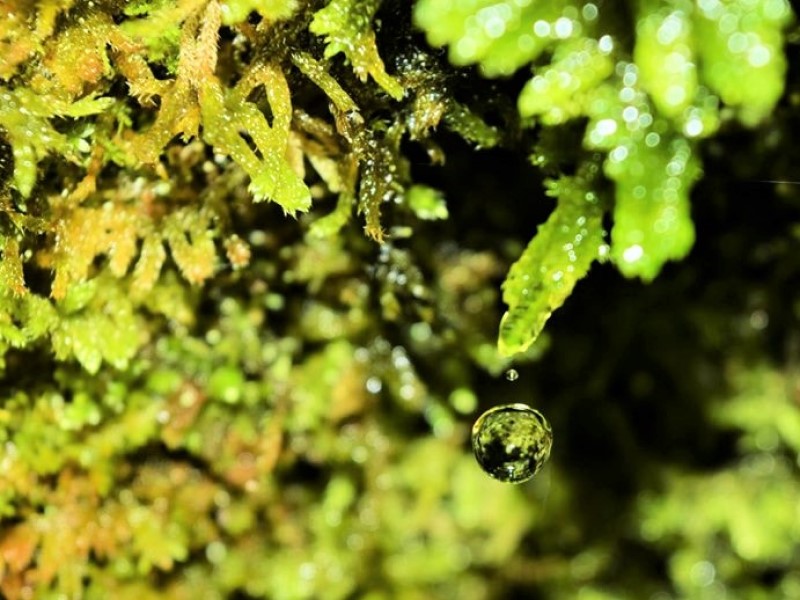 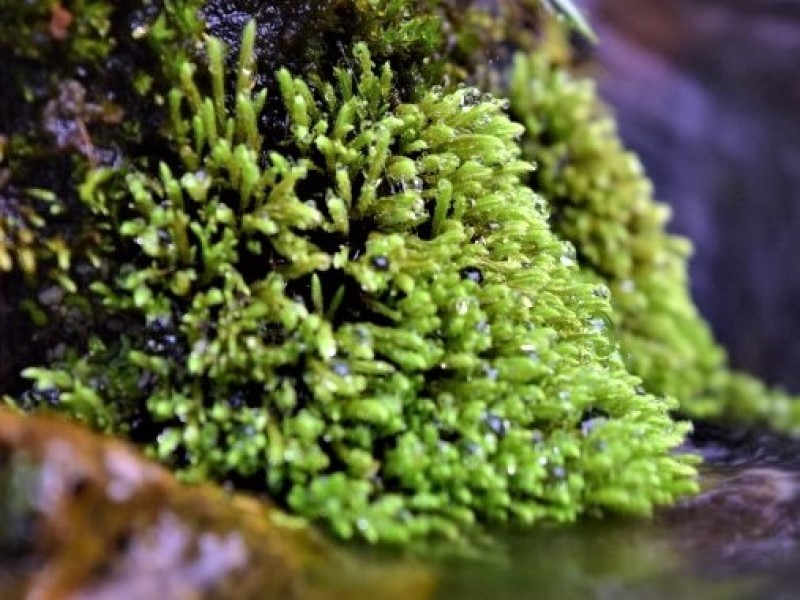 Let’s hear what Murin-an’s head gardener has to say.

“The day after the rain lifts, when it is gently drizzling, or on a cloudy day; that’s the time to enjoy moss scenery. On such days, the humidity is high and so these are also the days when the moss is able feel its best. I work while being soothed by this green color of the moss.”

Indeed. How, then, does it feel to care for the moss? “Moss doesn’t lay roots very deeply in the soil, so the feeling of easily removing carpet moss (haigoke) that has gotten into the haircap moss (sugigoke) is really fascinating.” 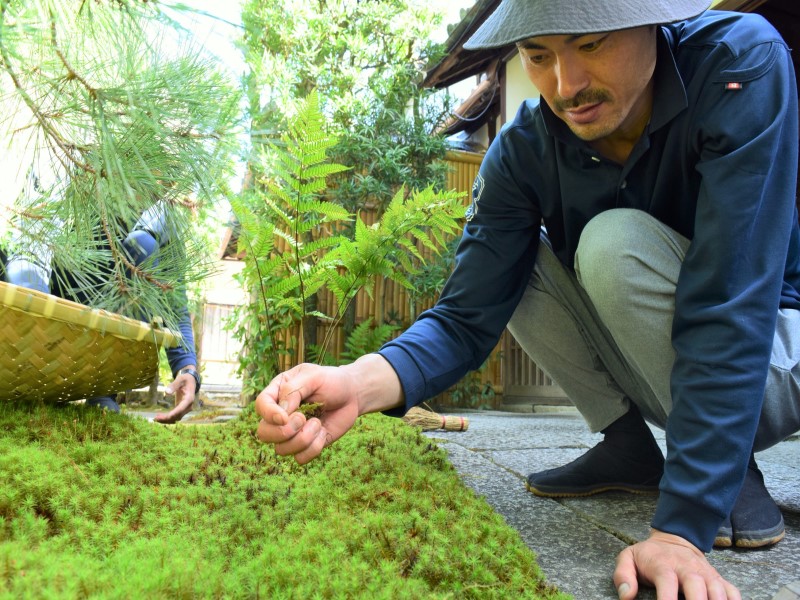 So the work is done by hand. Well then, what about how the moss is repaired?

“We plant leucobryum species (known in Japan as “mountain moss” or yamagoke) in damaged areas. They are stronger than other mosses, so we use them to bury parts where ground is showing and in areas that have been damaged. After that, their own natural power blends them into the surrounding area.” And then, he says, with just a slight amount of time, the pattern of the moss carpet changes.

Watching the work, we learned that Murin-an’s moss is given very meticulous care. Because moss cannot perform photosynthesis under the shade of dead leaves, daily work is done to remove fallen leaves so that sunlight reaches the moss. Tiny pebbles and fallen leaf bits stuck between the moss stalks are softly swept away with broom tips and care is provided delicately so that stalk edges are left undamaged. 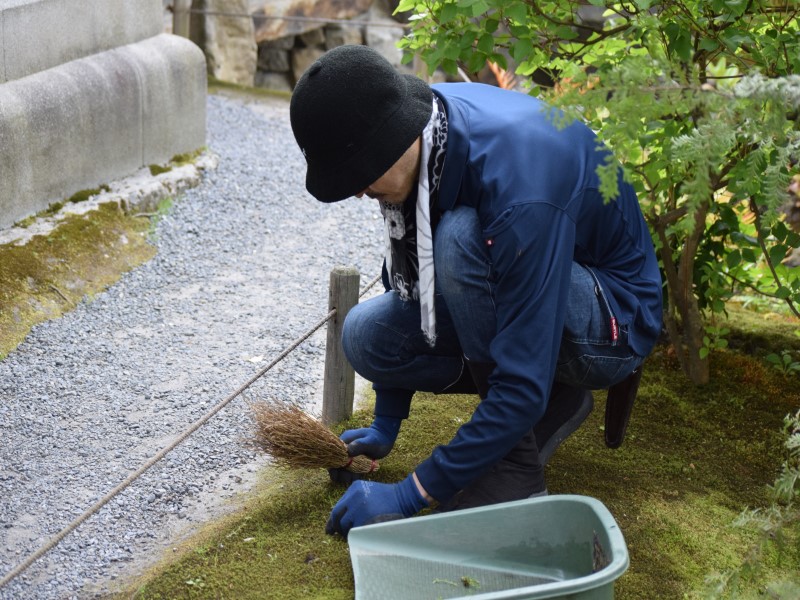 (Checking the moss’s condition while caring for it) 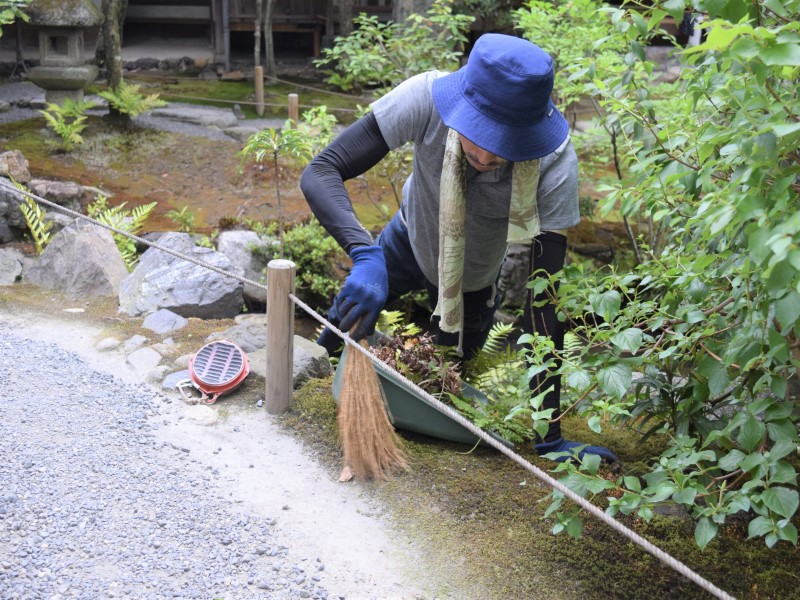 Murin-an’s moss grows thanks to the care that is given it by its gardener. Why not come see it for yourself? We hope you will walk through Murin-an and take in a moss garden decorated in green together with the sound of the cascade and the refreshing coolness. 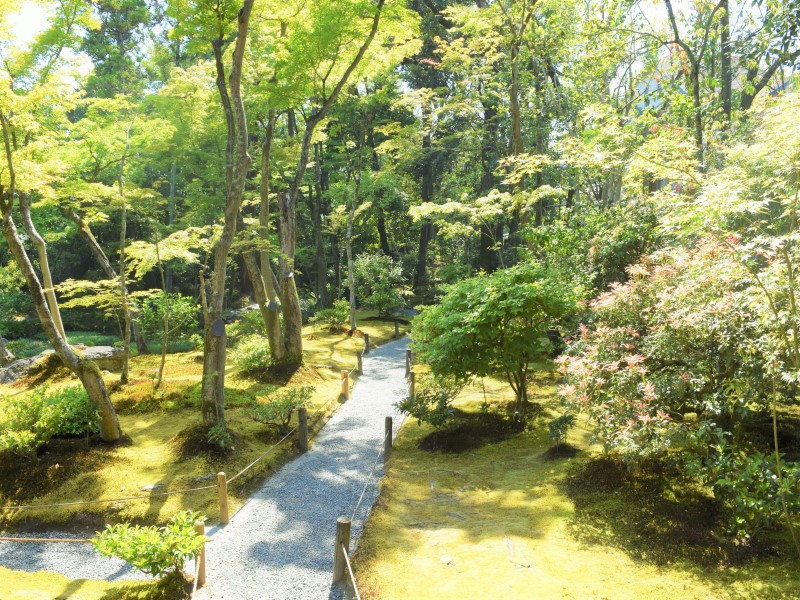