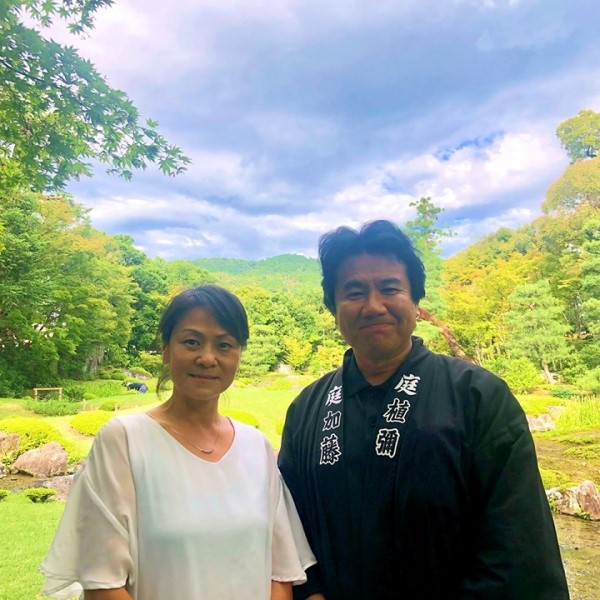 Together with Tomoki Kato, the president of Ueyakato Landscape, the designated management company for Murin-an, Ms. Yasui gave a talk in the main house about garden technology and the intent behind Murin-an’s design. After the talk, she took a walk around the garden with us.

Ro Ho En was constructed in 1987 through joint efforts made by Phoenix and Hyogo Prefecture’s Awaji after the two became sister cities in 1976.
https://www.japanesefriendshipgarden.org/

For us as well, it is a great pleasure to be able to use the theme of Japanese gardens to connect with the world. We look forward to exchanging more information with Executive Director Yasui in the future!