Murin-an as Seen by Artists, Exhibition No.1 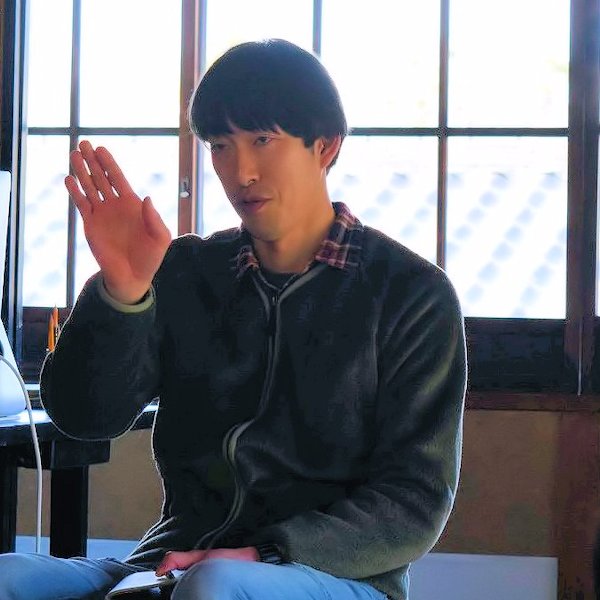 Murin-an as Seen by Artists, Exhibition No.1
“Garden Observation,” the art exhibit held at Murin-an from March 3-10 (Sun.-Sun.), has ended. During the exhibit, our staff provided explanations of the pieces displayed to visitors and, on March 9 (Sat.), Tomohiko Ogawa gave a gallery talk where he discussed his work and answered questions.
This exhibit placed a wide variety of works on display, including photographs that further break down a part of the garden to show how it changes over the course of a day, pieces that are given a three-dimensional appearance by twisting them where the boundary between the water’s surface and the land is depicted, and pieces that use garden stones to make art out of the border between the land and the water. 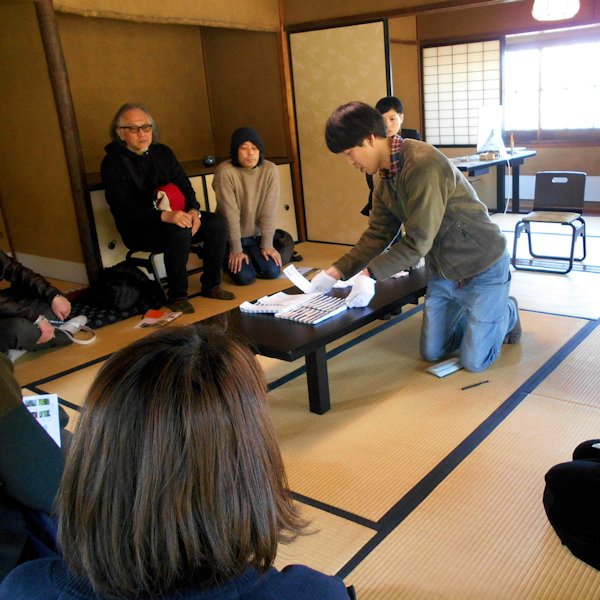 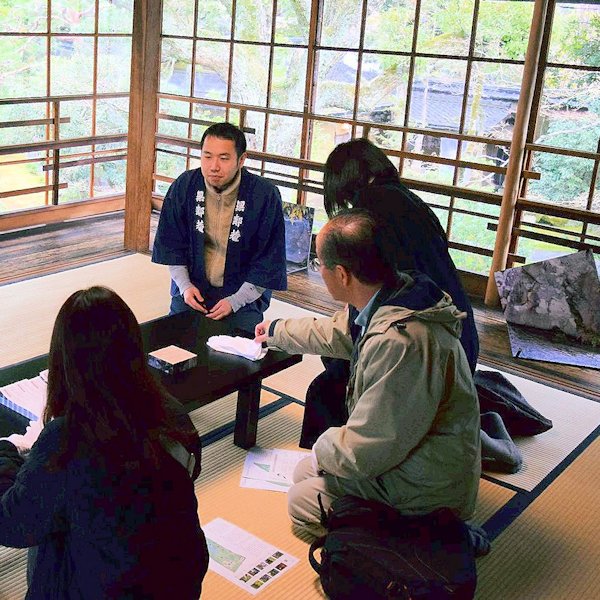 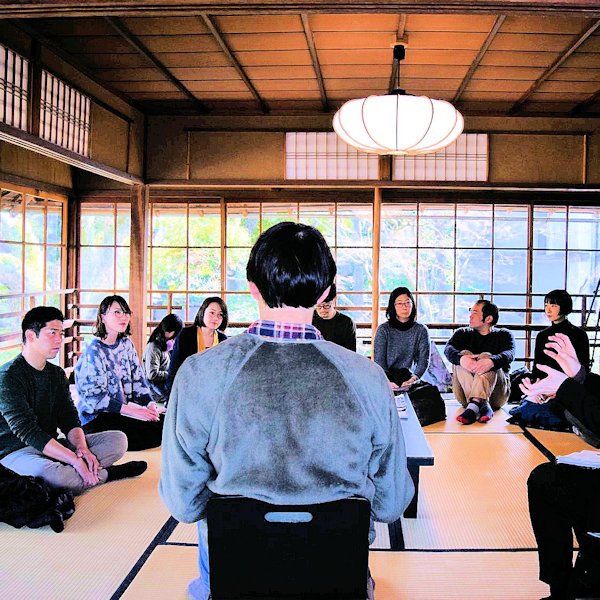 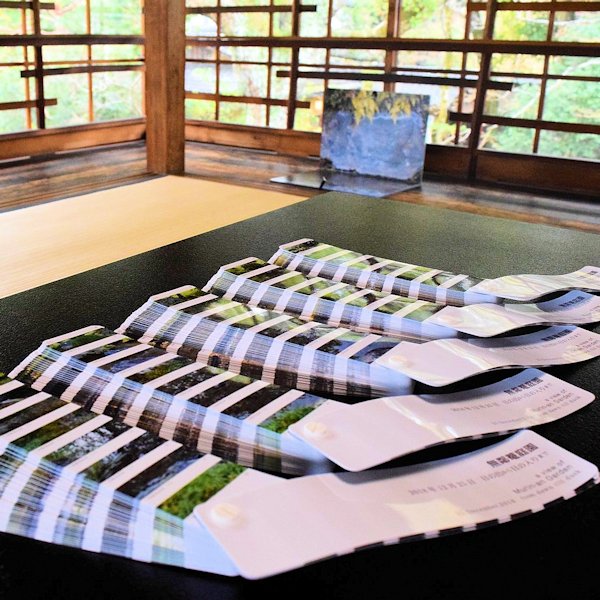 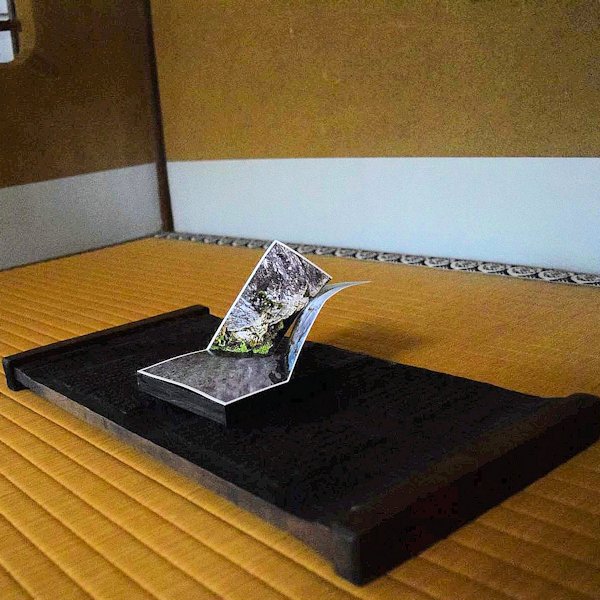 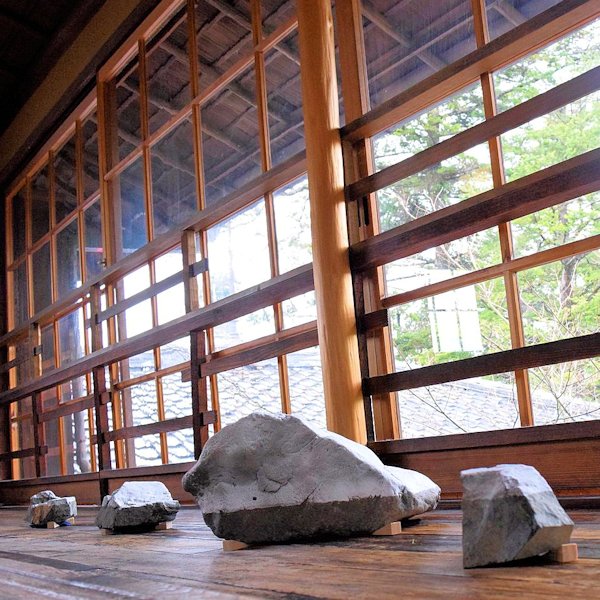