How Murin-an is Written in Japanese 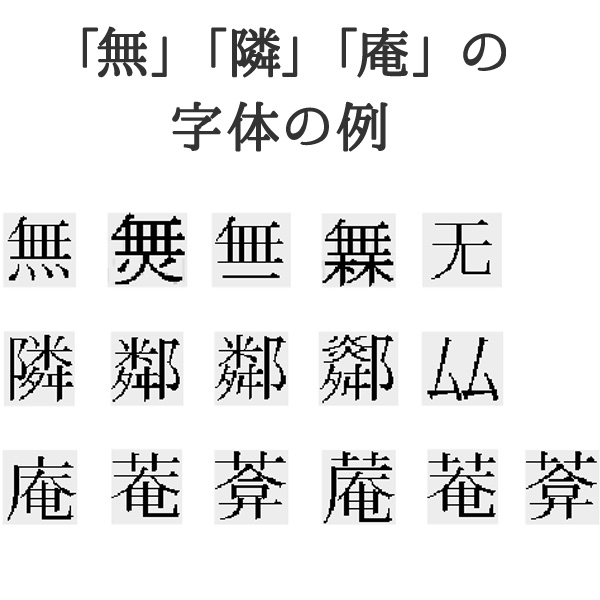 In Japanese, the name Murin-an is written using Chinese characters, which in Japan are referred to as kanji. Today, the Japanese people use a standardized list when writing kanji commonly used in daily life. In the past, however, there were many kanji that could be written according to any one of several variations. Likewise, there are also alternative ways to write each of the kanji in “Mu-rin-an,” and the second and third characters for “rin” and “an” have in fact been written in different ways in the past.

(1) 無鄰菴: These are the kanji characters inscribed on the framed scroll seen inside the drawing room of the Main Building. They are also the kanji that Kyoto City uses today.
(2) 無鄰庵: These were the kanji characters used on June 9, 1951 when Murin-an was designated as a National Place of Scenic Beauty.
(3) 無隣庵: This is the name Murin-an written in kanji commonly used today. This writing style is also seen in old newspapers.

Thus, each of these three ways of writing “Murin-an” in kanji is correct. At Murin-an, we use (1) 無鄰菴, the same kanji used on Kyoto City’s website.